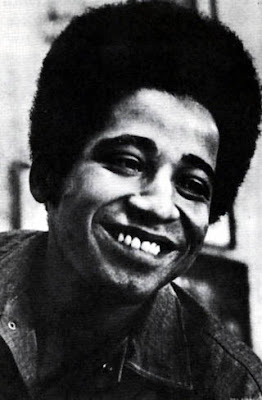 Please don't take what I expressed in my last letter too seriously. I was feeling extremely bad. Try to relax; the mental depression you are presently gripped by comes from a very common cause, particularly among us blacks here in the U.S. As a defense, we look at life through our rose-colored glasses, rationalizing and pretending that things are not so bad after all, but then day after day — tragedy after tragedy strikes and confuses us, and our pretense fails to aid or dispel the nagging feeling that we cannot have security in an insecure society, especially when one belongs to an insecure caste within this larger society. I believe sincerely that you will be a very unhappy and perplexed woman for as long as you try to pretent that you have anything in common with this culture, or better, that this culture has anything in common with you, and as long as you pretend that there is no difference between men, and as long as you try to be more English than the English, while the English ignore your attempts and use your humility to their advantage.

I suggest no action, no physical action that is, for I know you have never been a woman of action, but I do suggest that you purge your mind little by little of some of your Western notions. Direct your nervous animosity at the right people and their system, and stop, for your own sake please stop blaming yourself. If you were, right now, walking toward your kitchen with the whole family's life savings in your hand, let's say, and I sneaked up behind you and pulled the rug from under you and you fell and broke your arm, leg, nose, and the money flew into the burning fireplace, would you get up blaming me for pulling the rug, or would you just lay there and blame yourself and pretend that you didn't really fall, or that the whole thing made no difference anyway? The analogy is perfect.

Do you know who I blame for what has happened to me the last 25 years, and before to my ancestors? I would be narrow-minded indeed if I blamed any of you, my folks. I don't blame you for not teaching me how to get what I wanted without getting put in jail, nor do I blame myself. I was born knowing nothing and am a product of my total surroundings. I blame the capitalistic dog, the imperialistic, cave-dwelling brute that kidnapped us, pulled the rug from under us, made us a caste within his society with no vertical economic mobility. As soon as all this became clear to me and I developed the nerve to admit it to myself, that we were defeated in war and are now captives, slaves or actually that we inherited a neoslave existence, I immediately became relaxed, always expecting the worst, and started working on the remedy. Can you play chess? It relaxes, builds foresight, alertness, concentration, and judgment. Learn, so we can play next year.